Best Gaming Laptops under $800 – Gaming without breaking the bank 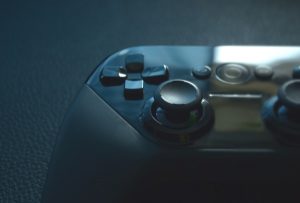 With these gaming laptops, you’ll have enough performance to play most recent games at medium / high settings, but don’t expect them to perform as a ‘real’ powerful gaming computer. After all they’re called mid-range gaming laptops for a reason!

If you want to play the latest game at the highest settings, you’ll have to go for a more expensive gaming laptop. But if you’re a casual gamer that will accept to lower some settings a little, these devices are going to be great.

What to expect from the Best Gaming Laptops under $800

For sure, you will be satisfied with gaming laptops under 800 dollars if you are a casual gamer. This is the kind of laptop I have and I’m pretty happy with the performance. For the latest games you’ll have to lower the video settings, but otherwise it’s a pretty satisfying experience.

If you are a more experienced player, you can still find a laptop that will run your games, but you’ll have to lower your expectations on other aspects.

The type of laptop you buy depends on the type of gamer you are. You basically have 2 choices.

Either you go for an $800 gaming laptop that has a powerful GPU to render the most recent games, but you sacrifice here & there. Or you purchase one with an entry / mid-level GPU but you get a better display & a more portable gaming laptop.

if you are a casual gamer, go for a more lightweight laptop that has an entry-level GPU. You probably don’t need the powerful GPU and you’ll end up with a more satisfying laptop. They usually compromise less on the display brightness and battery life, which is something casual gamers will prefer.

If you are an avid gamer, choose a GPU that will run those high-demanding games. Choose an NVIDIA 1650 or 1050 – or anything similar – and you won’t be disappointed. You’ll have a laptop that’s made mostly of plastic & that is less portable, but that does its main purpose: run 3D games & apps.

To sum it up, you’ll have to sacrifice something here. The graphics card, the screen quality and the sound system are all satisfying, but you won’t get the best of everything. You can get a powerful GPU, but you’ll have a dimmer screen. You can have a portable device, but it won’t be the most powerful.

You see their name in worldwide gaming competitions, and there is a reason for that. MSI is known for gaming, that’s pretty much all they’re focused on. While you’d usually see their name mostly in $1500 gamings laptops (or more), this one is different. They wanted to compete in the lower-end gaming market, and I must say they did a pretty good job.

With the MSI GF63, you end-up with a good-looking gaming laptop that’s powerful enough to run recent games. MSI expertise allows the laptop to keep cool even when you ask a lot from it, something you won’t see in every gaming laptop under 800 dollars.

Of course they had to sacrifice somewhere, namely the battery life and the audio, but this doesn’t make it less valuable. Also, they managed to make it one of the lightest $800 gaming laptops you can find, something you are going to appreciate if you need a laptop for college! 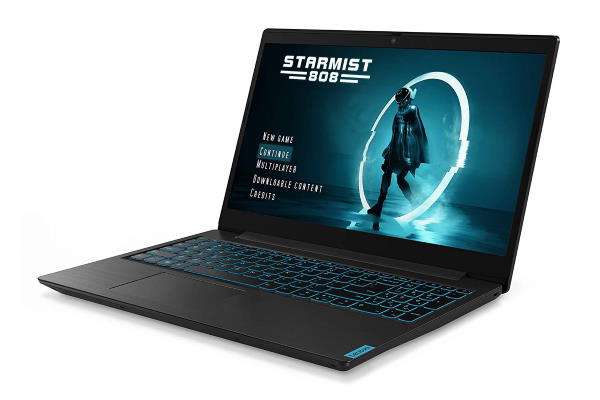 Lenovo has its own line of expensive gaming laptops, but this is not one of them. This is a good-looking & quite portable gaming laptop that will satisfy the casual and not-so-casual gamer in you.

You get a good mid-range graphics card, a larger-than-competition hard drive, and a surprisingly good battery life. That’s quite a lot for a good gaming laptop under 800 dollars. As the rest of the laptops on this list, the display is not the best, and I find the USB placement awkward – but still, it’s a great choice.

Definitely, the Lenovo L340 should be on your list if you are looking for a gaming laptop for 800 dollars. 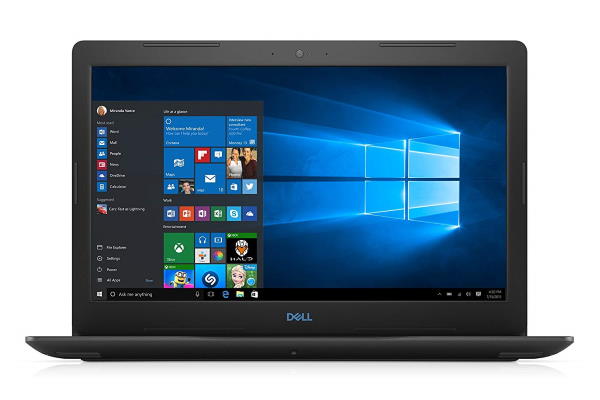 In the line of affordable $800 gaming laptops, this Dell is definitely worth it.

They took the same road as some others in compromising on the screen brightness to deliver a gaming laptop that will allow you to play recent games without any problem. So if you like to play video games in your backyard on a bright summer day… this might not be your best choice!

But if you are like most people and play in a normally lit room, you’ll appreciate the performance delivered by the NVIDIA GTX 1050. Add that to an SSD drive and a decent i5 processor, and you’ll understand that they really targeted the affordable gaming laptop buyer.

It is quite heavy though… so it’s not a laptop that you’ll want to carry around every day. You can, but I don’t suggest it at 5.6 lbs. But the good news is that you do get pretty good speakers for that category. 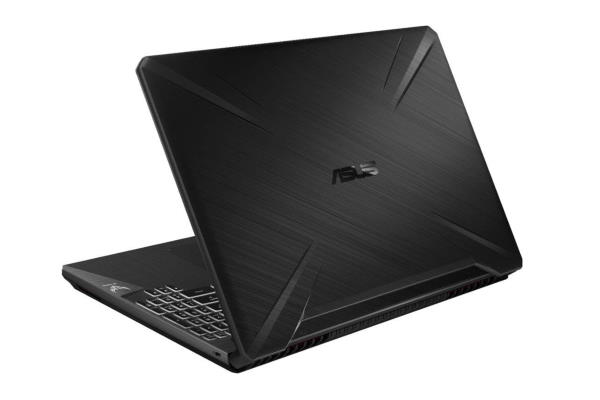 This Asus TUF – interesting branding choice – is a performance laptop for someone that doesn’t want to spend too much, but that still wants a good graphics card and fast CPU. With the GTX 1650 and the AMD Ryzen 5, you’ll be able to play recent games at high-resolution without a problem. Of course, we’re not talking here about high-performance gaming, but as an affordable gaming laptop under 800 dollars, you do get a lot of value.

I like the style of the casing, even if made of plastics (don’t expect all-metal in this category). I’d have preferred a brighter display and longer battery life, but that’s the compromise that most laptop manufacturers make in this category.
All-in-all, you get a lot for your money! 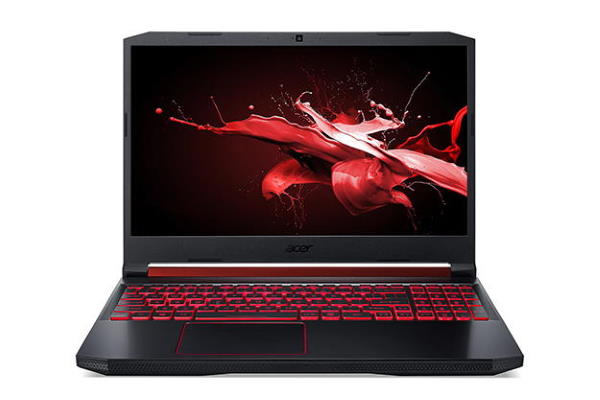 With the Acer 5 Nitro, Acer did what it does best: compromise just here and there to offer what the user wants the most.

What does that mean? They decided to offer an attractive & affordable laptop that gives one of the best gaming performance in its category. With this one, you’ll be able A games at high settings without a problem. That’s what you are looking for in a gaming laptop under $800, and they gave it to you.

But, you’ll have to sacrifice on the display. Sure you still get an HD display that will play games just fine, but it is quite dim. So don’t expect to play under bright light with this one. But Acer has bet that you won’t and that most people looking for an affordable. Also, the plastic design is not the sturdiest and heats more easily than others. But again, it’s a compromise. But it does look nice!

Where I think Acer should improve next time is the keyboard. It is comfortable for gaming, but for typing it’s not the best. But apart from that, you have a pretty good deal here! 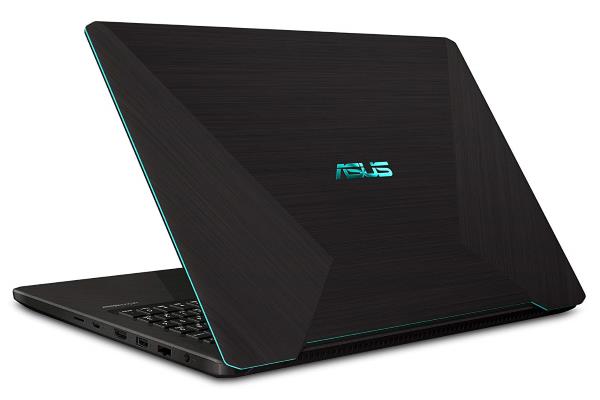 I like the Asus K570ZD. Like its predecessors, it offers a lot without breaking the bank. It doesn’t have the brightest display, but it’s certainly one of the good gaming laptops under 800 dollars. It packs quite a lot of power thanks to its NVIDIA 1050 that will run most recent games, and it has a nice-looking, lightweight design. Add that to a satisfying audio performance and you’ve got a superb & affordable $800 gaming laptop. 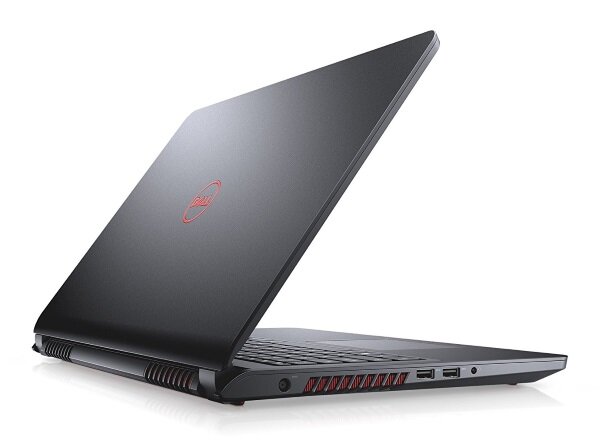 Dell Inspiron i5577 has a video card that competes with more expensive gaming laptops. The NVIDIA GTX 1050 is a powerful card, much more than most on this list. Combined with the mid-range processor i5, 8 GB of RAM and a fast SSD drive, this makes for a great value, powerful gaming laptop under $800. 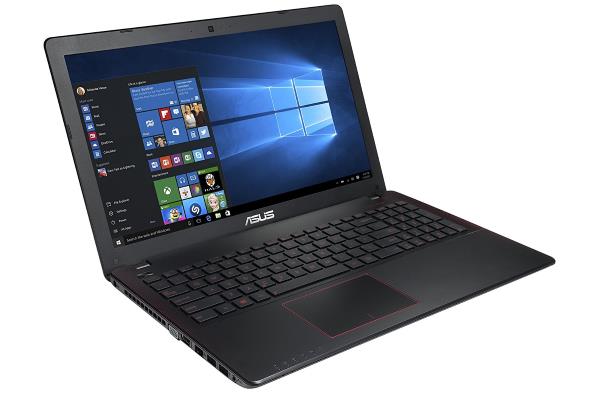 The Asus K550 a newer version of the K501 that we recommended for a long time. And for good reasons… The K550 delivers a lot of value with a powerful processor and a capable graphics card surrounded by a quality casing. Like all gaming laptops under $800, Asus prioritized performance over display & audio quality, but just enough to give you a balance, cheap gaming laptop. 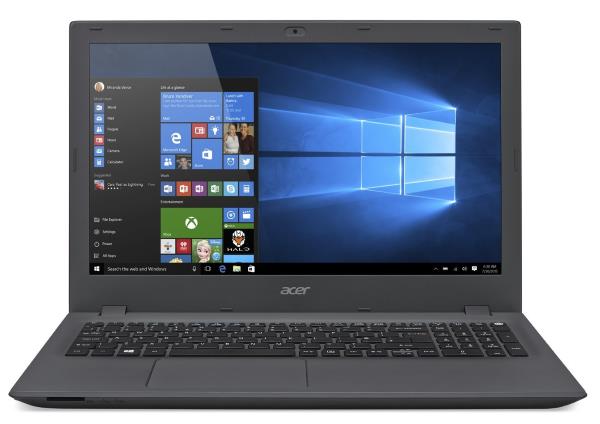 The Acer Aspire Acer Aspire F5-573G-56RG is certainly one of the best budget gaming laptops under 800 dollars. It’s not the lightest nor does it have the fastest hard drive, but for a laptop under $700, it’s quite nice! A good CPU, decent GPU enough RAM and an HD diplay make it a smart choice for a gamer on a budget. 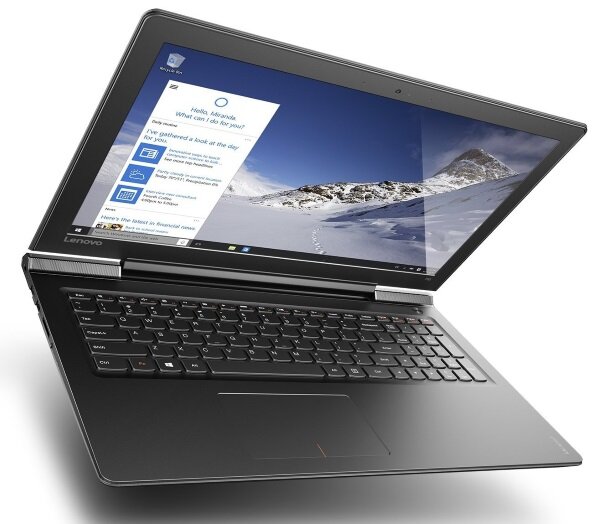 The Lenovo IdeaPad 700 has the decent i5 processor, but they decided to give a little more elsewhere by putting a good entry-level graphics card and 12 GB of RAM. Those are good specs to play most recent games. The format is not the smallest, but for a 15-inch it’s acceptable. I think this gaming laptop a great middle-ground between price, power and gaming abilities. On the negative side, expect a short battery life. 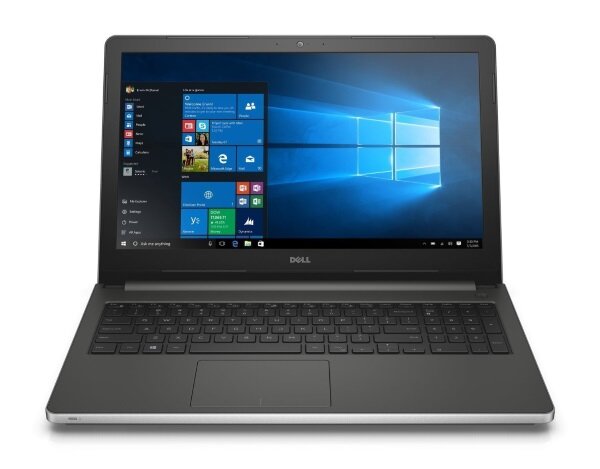 As an entry-level gaming laptop under $800, this Dell manages to deliver a lot of value. It’ll give you a lot of power with an i7 and 8 GB of RAM and the Radeon graphic card will deliver enough for most casual gamers. It has a slow hard drive, is not equipped with the brightness HD screen and it’s definitively not lightweight, but otherwise it delivers power and value for a reasonable price.