This is an old post from 2014. Look at this article for the best lightweight laptops of the moment.

One of the biggest reasons that people use laptops in the first place is that they’re a lot more portable than an ordinary desktop machine. They can be carried with one or two hands and don’t need to be tied to a desk. The best sorts of laptops, at least when it comes to mobility, are ones that weigh the least. Often times this can mean sacrificing processing power to some extent, but if mobility is your main focus this will most likely not be a big issue. And even if it is, AMD and Intel keep finding creative ways to take existing technology and shrink it down to miniscule proportions, reducing costs across the board and making higher-end specs available for less money.

With the 2014 year beginning, the market is certainly a buzz with a whole range of lightweight laptops to choose from, all from a variety of well-known manufacturers. Much of this is in response to the increasing size of the smartphone and tablet market, with PC manufacturers wanting a piece of the pie. This can only mean good things for consumers as we get to enjoy the benefits of electronics that are almost as light as a feather. So I guess you’re kind of excited to see best lightweight laptops of 2014 and I hope this top 10 list will help you choose your next lightweight laptop. 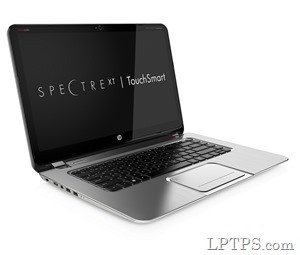 The HP Envy Spectre Touchsmart XT, while considered an Ultrabook, is not really designed to rival the MacBook Air. Nonetheless, it is remarkably thin at only 0.7 inches and weighs about 5 pounds. For hardware it includes a Core i7-3517U processor clocked at 1.90 GHz, 8 GB of DDR3 memory, 500 GB of hard disk storage, 32 GB of solid state storage, a 15.6-inch touchscreen display, a copy of Windows 8, and over 5 hours of battery life. It’s a relatively solid yet lightweight laptop, and will cost you about $939, making it a nicer value than most other laptops of this class. 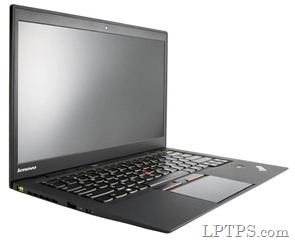 One of the best-known series of laptops from Lenovo is the ThinkPad, a business-oriented notebook with a classic design originating from IBM. This is actually not meant to rival a MacBook Air or similar class of device, but it’s still fairly light at 4.8 pounds. Spec-wise it includes a Core i7-3520M processor clocked at 2.9 GHz, 4 GB of memory, 180 GB of solid state storage, NVIDIA NVS 5200M graphics, DVD drive, 14-inch display, and extras such as a fingerprint scanner and secure chip. It’s a solid, dependable, and productive laptop that will run you about $1,569, and includes a 3-year warranty. 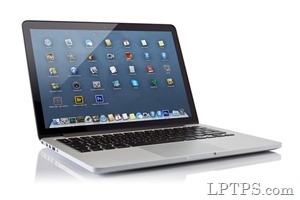 Apple’s top-of-the-line notebook, the MacBook Pro, is actually very light despite the amount of power packed into its casing. The thickness is only at 0.71 inches, and it weighs in at 3.46 pounds, making it one of the lightest notebooks you can find, even if it’s not quite at Air levels. The pricing starts at $1,299, and for the base configuration you get a 4th generation Core i5 processor clocked at 2.4 GHz, 4 GB of memory, 128 GB of solid state storage, Intel Iris graphics, up to 9 hours of battery life, 802.11ac Wi-Fi support, , and a 13-inch display with 2560×1600 resolution. 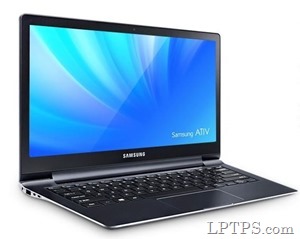 You don’t normally think of Samsung as a laptop manufacturer, with the company known mostly for their Galaxy devices. But lately they’ve been trying to make a dent in the market while taking advantage of their manufacturing prowess with their ATIV Book 9. At 3.09 pounds, it’s not quite at the level of a MacBook Air, but it’s quite close, and is forgivable considering that you also get a 13.3-inch touchscreen display with 3200×1800 resolution, matching Apple’s Retina Display specification. For specs it has a Core i5-4200U processor, 4 GB of memory, 128 GB of solid state storage, and a copy of Windows 8. Money-wise, you’ll be out about $1,000. 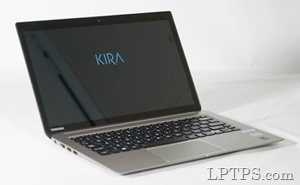 Toshiba is perhaps most well-known for their Satellite series, which are low to mid-range laptops designed for a wide variety of uses. But with extremely lightweight laptops becoming more in demand, Toshiba has come out with the KIRAbook. Their 13-inch model includes a Core i7-3517U processor at 2.0 GHz, 8 GB of DDR3 memory, a 256 GB solid state drive, a copy of Windows 8 Pro, and over 6 hours of battery life. To top it all off, it weighs only 3 pounds and is 0.78 inches thick, closely rivaling the MacBook Air. It may not quite match its weight, but the difference is almost negligible. The KIRAbook is one of the top-notch lightweight laptops available on the market and will cost you about $1.649. 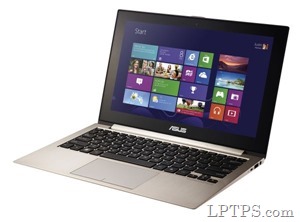 Another close rival to the MacBook Air is the Zenbook Prime Touch from ASUS. This super-thin notebook is priced at $1,118 and includes a 13.3-inch touchscreen. It weighs in at a mere 2.9 pounds and is as thin as 0.7 inches. It’s not quite as thin as Apple’s engineering, but it comes extremely close and will likely fill your mobility needs quite well. Specs-wise it sports a Core i5-3317U processor at 1.7 GHz, 4 GB of DDR3 memory, a 1080p touchscreen, 128 GB of solid state storage, and a copy of Windows 8. It’s not quite the most powerful or lightest laptop mentioned so far, but it’s a solid contender. 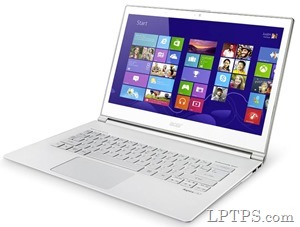 As part of Intel’s Ultrabook campaign, they’re trying to make laptops as thin as possible without sacrificing power. Right now only a handful of laptops conform to Intel’s specification for thin design, and the Acer Aspire S7 is one of them. The latest model starts at $1,599 and has a thickness of only 0.5 inches, which is slightly thinner than a MacBook Air (impressively), and weighs only 2.87 pounds. Packed inside is a Core i7-4500U processor at 1.8 GHz, 8 GB of memory, 256 GB of solid state storage, a 13.3-inch 1080p touchscreen display, a copy of Windows 8 Pro, and 8 hours of battery life. And with a similarly configured MacBook Air, the price is about on par with it, making it a decent value for the money you spend. 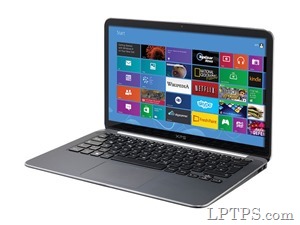 Dell is another one of the manufacturers who is trying to take a bite from the ultra-mobile market. Their XPS 13 is an older 13-inch Ultrabook weighing in at only 2.5 pounds, lighter than many of its competitors, and very close to the MacBook Air. It includes a Core i5-2467M processor at 1.6 GHz, 4 GB of memory, 128 GB of solid state storage, and a copy of Windows 7 Home Premium. It may not have the fancy “Metro” interface of Windows 8, but it’s perfect for those who don’t care too much for that. Dell XPS 13 is yet another one of the best lightweight laptops of 2014 and since it’s an older model it also happens to be a little bit cheaper at around $920 or so.

If there’s one thing that Apple is known for, it’s solid, stylish design. They often put a lot of effort into the engineering of their products, and one of the places in which this shows quite prominently is in the MacBook Air. At a thickness of only 0.68 inches and a weight of 2.38 pounds, it’s one of the lightest laptops you’ll find on the market at any price range. With 11-inch and 13-inch models, 9 to 12 hours of battery life, 4th generation Core i5 processor at 1.3 GHz, 4 GB of LPDDR3 memory, HDMI output, and 802.11ac Wi-Fi support, it can pack quite a punch despite its lack of weight. Pricing starts at $999. 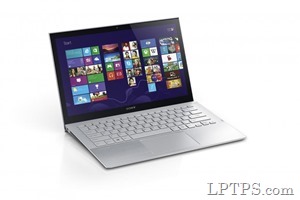 The notebooks mentioned so far already have very little weight to them, but we can do better. The VAIO Pro from Sony is a 13.3-inch notebook with a miniscule weight of 2.3 pounds, which is fairly significant compared to the MacBook Air. In terms of specs it includes an Intel Core i5-4200U processor at 1.6 GHz, 4 GB of DDR3 memory, 128GB SSD, a touch-enabled 1080p screen, and a copy of Windows 8. Priced at $1,099, it’s one of the superior deals that you can find when it comes to finding the lightest laptops possible, and will feel almost as if you’re carrying nothing as you take it with you. So if it’s truly the lightness you’re looking for in a laptop then Sony VAIO Pro is certainly among the best lightweight laptops.