People really do get used to Windows and are so lazy to even check the latest version of Windows since they are so satisfied with their old Windows 7 OS. Believe me, still there are countries where people are using Windows XP like it’s the newest thing in the market. Anyways, Windows 7 wasn’t really that bad and I guess that is why people still want Windows 7 in their PC. However, most of the laptops brands have lately been manufacturing laptops with only Windows 8 and it has become kind of difficult to find a good laptop with Windows 7 OS.

I know it has been a real tough time for Windows 8 to capture the hearts of people but I’m sure with time everyone will notice how good Windows 8 actually is. Anyways, in this article we’re going to list few of the best Windows 7 laptops that you can use flawlessly with all drivers and applications. People looking to buy a new laptop can still find a laptop with pre-installed Windows 7 with all the latest updates and that is only when they know from where to buy. Let’s scroll down and see which best Windows 7 laptops are still available in 2014.

I remember when I wrote for the first time about Lenovo ThinkPad X1 Carbon, I said “It’s the best and thinnest business laptop”. I still believe that is true today and best thing about it is that it still comes with Windows 7. It’s designed so perfectly for businessmen and is also real easy to carry around unlike other business laptops. Overall, it’s the best Windows 7 laptop you can get in 2014 and other than that if someday you’re bored with Windows 7, you’re getting a free DVD of Windows 8. It packs Intel i5 processor, 4GB RAM, and 128 GB SSD for best performance. 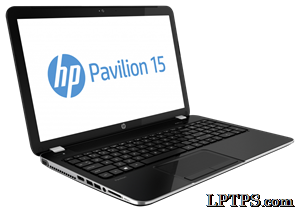 Well, I don’t really need to introduce HP brand since they have been manufacturing best Windows 7 laptops for a while now even when Windows 8 is in demand. The HP Pavilion 15t is definitely among the most stylish laptops of 2014 and at first it was hard to believe that it comes with Windows 7 in 2014. Anyways, I guess you’re in luck on this one and its current price is around $650. It comes with 4th Gen Intel i5 processor, 750 GB of storage space and 8 GB DDR3 RAM. All I can say about it is the best one among all. 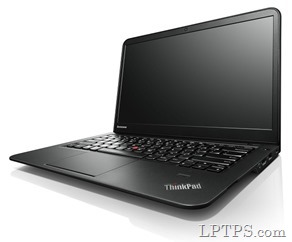 Like I just said, many businessmen are completely used to Windows 7 and don’t really want to upgrade and I guess that is the reason Lenovo is still manufacturing their business laptops with pre-installed Windows 7 OS. The Lenovo ThinkPad Edge E431 is a 14-inch budget laptop which offers a great performance and display screen. Currently it is priced at around $600 and it’s certainly one of the best and portable business laptops. All in all, you simply can’t get anything better than this at this price. It includes Intel A4 2.5 GHz processor, Windows 7 of course, 4GB DDR3 RAM and 320 GB 5400 rpm HDD.